Character Development – Give Characters Your Soul

Character Development is the single most important thing you can put energy into for your character-driven story.

That reaction? You should aim for it with every character you create and be satisfied with nothing less. But it doesn’t always happen. No matter how polished or tight your writing is, no matter how well thought-out your plot, if you don’t have characters people care about, your awesome idea won’t matter.

Characters are the soul of your story. Writing character-driven stories verses plot-driven stories has been a shifting trend in the past couple decades. No more can a plot hold itself together with long, rambling prose exposition that induces snoring rather than excitement. Revelation through well-written dialogue and character-driven action keeps a story lean and clipping along at a brisk pace. This type of exposition puts readers shoulder-to-shoulder with your main characters.  It takes them along on their journey, eavesdropping on conversations, and places them in the middle of the drama and makes them emotionally invested.

A story, any story, will only resonate with readers if they can connect with your characters. Maybe not the peripheral ones, but your core characters have to become real, they have to be “human”, even if they’re an alien or a mythical creature or an animal. They have to be three-dimensional enough for people to relate to. They have to have soul and this is built through careful character development. 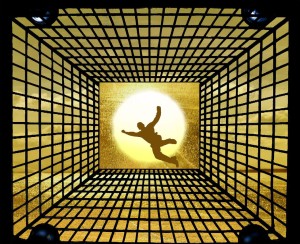 For a character to be real, as part of your character development you must make them into a whole person or create the illusion of being a whole person. That means, even though fictional, they must have all the things a real person has that makes them who they are. No matter how creative or well-developed your fictional universe is, no one is going to give a crap about it if they can’t connect with your characters.  That’s a fact. Your fictional universe is only the backdrop and people want to know and fall in love with people, not places.

Let’s break it down.

Without ever going into the detail, your characters’ back story will flavour everything they do, just as it would for real people. The experiences in our lives colour the way we view situations, dictate the way we approach problems or handle stress, affect our speech patterns, and affect our underlying motivation for everything we do.

Real people are fallible. They have faults and quirks. They are constantly influenced by their pasts. If your characters behave like real people readers can relate to, they will become memorable, either loving or hating them. You want to inject truth into your characters and give them life?

Give them a piece of your own soul. 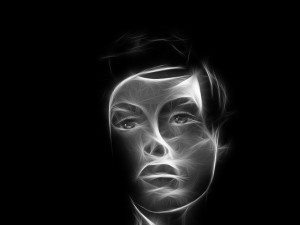 You heard me. Infuse your characters with your experiences, your own feelings and biases, your own personal agonies and especially all those things you never tell anyone outloud. All those things that you keep locked away. You do that? You will have living, breathing characters that your readers will care about. They won’t even know why.

As a writer, I know it’s terrifying to think about exposing yourself in that way, to let that sort of intimate information hang out there for everyone to see. What you’re really doing is letting the reader feel you and know you through the veil of your characters. Unless you’re a cyborg or a robot, you’re a flesh-and-blood real person with a soul who other human beings can connect and identify with. Your characters are you and you are your characters and believe me when I tell you, readers can tell when you’re not hedging, when you’re telling the truth, when you’re baring your soul.

Don’t be afraid. Do it. You can thank me later.

Let’s use an example character for illustration of how the back story adds the three-dimensional component, adds the soul. Okay, so off the top of my head, this is a male and on the surface, he’s a cantankerous, impatient arsehole who says he hates children and trusts no one. He hates peas (not me, I love peas). What else? Okay, he’s also territorial about his personal space and bitches about anyone in it including a love interest, so is a bit of a lone wolf. That’s a pretty good quick character sketch I might make at the beginning of my character development. But I don’t stop there.

Now, I know that this condition of personality for my character can’t exist in a vacuum. Everyone has “stuff”. If your character also has “stuff”, readers will be able to connect, because every human being recognises that internal stuff in other people. Even, and especially, when it’s only an unconscious recognition – that’s even better, because you can reveal it under the radar and still get the point across. Subtle and sneaky, I like that. When you’re making your character sketch, even if it’s only in your head (though you should write it down), once you’ve roughed out your character’s personality, you should be asking yourself “How did they get this way?”. If you haven’t been? Start. What traumatic events in the past changed the character from, in this case, being a sweet, trusting individual into this miserable excuse for a human being I just described?

If I was going to write my example guy here and inject some of my own stuff, I would then know his past intimately. I would know where his stuff comes from, because some of it would be mine even if I make up different circumstances as the frame. The emotional component would be the truth and it would ring through.

Let’s see… Okay, back story for example guy… He grew up in an orphanage. I would know he was small for his age, so the bigger boys used to beat him up and steal what few things he had and would make him the butt of their pranks that generally ended in his looking foolish. I would also know how he was changed by those events over time, like being forced to eat peas every Friday dinner at the orphanage, so once he got out he never ate them again. How he grew harder each time someone hurt him as also happened whenever he got his hopes up and was picked over by prospective parents and was never adopted. He learned to make himself unapproachable and tough to prevent himself from ever being hurt again. I would also know that underneath all that, he really is still that little boy just longing to fit in. And that he feels abandoned by his parents who he feels threw him away, and he really just yearns to be accepted and loved, though doesn’t know how, because he has no experience in that area.

This guy is a hot mess, right? He’s got a lot of stuff roiling around just below the surface even though I may never spell out all these details over the course of my pretend story. How did I get all that? I asked myself a series of questions about each of his personality traits, where they came from, what happened to this guy, how did he evolve, what personal damage did he accrue over time, etc.. In answering those questions for myself, I fleshed out the back story and injected some of my own stuff into it to bring it to life. I also use the trick of taking a particular character trait of my own and using the single trait/fault/personal bias taken to the extreme as the basis for that one single character’s personality. If you paid attention to every character I’d ever written, if you distilled them down and put them together, you would eventually know me better than anyone in my family. (Shhh… that’s a writer secret, so don’t spread that one around.)

As an additional component of my character development, when I let this character take the lead as my protagonist, he’s going to reveal the results of his own history with the way he acts and speaks and reacts to different stressors and antagonists. And it’s going to make him stand out as an individual, different from my other characters, because he’s got his own perspective of the events, the same way you would in real life which would be different from even your best friend.

When you apply this thought process and care to creating a three-dimensional character, to giving them a piece of your soul, and then letting them simply react without long-winded explanations, it will give that character something your readers can trust, because it’s real. No one likes a shallow person, because they’re fake. D’uh. They’re not people of trust and human beings don’t like to associate with them. There’s nothing in them to hold onto, no soul, nothing to care about. Would you hold hands with a stranger in a foreign country and let them be your tour guide without knowing them first? No, of course not. 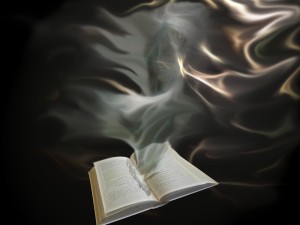 That truth, that piece of your soul inside your characters’ creation, even and especially in your villains, will allow readers to trust them enough to suspend disbelief and to accompany them on your flight of imagination. People, readers, react to truth. When your readers are distrustful of your characters, they’re never going to fully involve themselves in your story. That means they will never become emotionally invested in it and no matter how great an idea it was at the beginning, it will ultimately fail. Keep that in mind.

Flesh out your storyline, figure out your devices, work hard on clever plot twists, and build a solid and creative vehicle for your story. But never ever skimp on using the same care and consideration when it comes to building three-dimensional characters during your character development.

Bring your characters to life. Be bold and don’t chicken out. Give them your stuff. Give them a piece of your soul.

Writers do it one-handed Coffee Mug