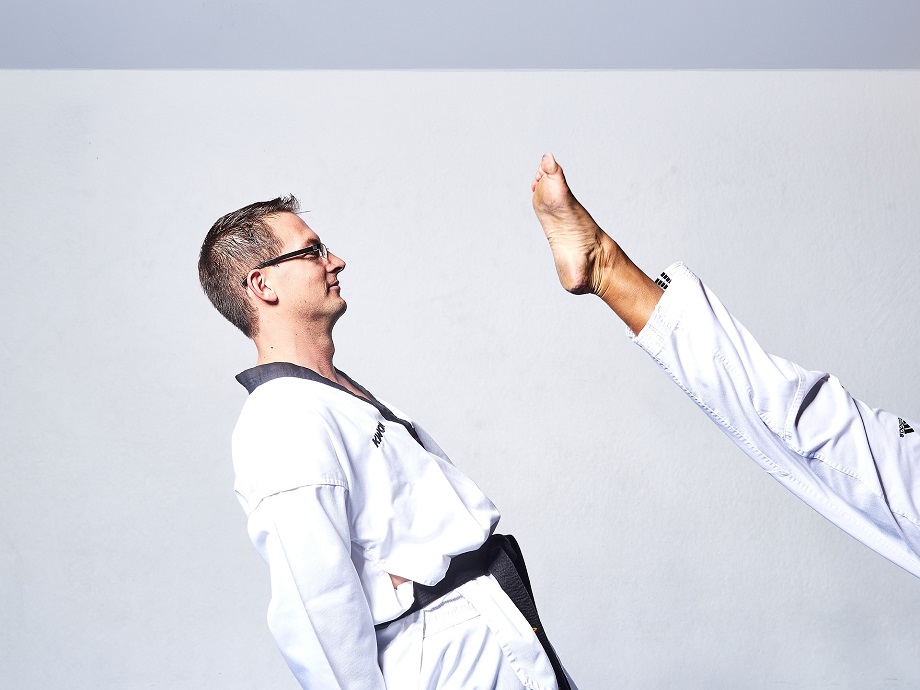 Your fight scenes suck – what can you do when you’re not a fighter?

Fight scenes are some of my favourite things to work on. Growing up in a home with what some may consider fairly archaic values, while librarian’s helper on the one hand, I also had two younger sisters to defend. I was a scrapper, if a sometimes studious one. I’m Irish and Italian and there’s no denying that built the guts of an unstable nuclear warhead.  Like my Pop, I hate seeing people get shit on and I’ll throw down to defend anyone in our circles. I won’t start a fight, I’m a diplomat, but I sure as fuck make sure I finish them.

Anyway, the point being, I know fighting and draw from that life experience for fight scenes. I know what it’s like to take a punch in the face. I know what happens when someone hits you with a baseball bat or kicks out your knee. And my eldest demon spawn is a multi-disciplined martial artist with special skills in swords and edge weapons and a stunt man, so I have a handy technical consult. No trained fighter myself, I like to work out battles in real life with him to make sure my fight scenes are plausible.

Not everyone has the luxury of playing  off my kind of life experience or has access to a professional resource, though. So when you don’t, there’s some things to remember to keep it real, so you can still pull it off.

Knowing what happens to the human body when it takes damage will make your fight scenes believable. Don’t you hate those films where the guy gets drilled in the face a hundred times and ends up with a single cut over one eye and somehow walks away from that? That stuff makes me nuts, because it’s not possible. Not unless your character can heal themselves or isn’t human. In which case that’s totally cool and just make sure you explain that somewhere. There must be a logical reason why they’re not reeling from a concussion or their face doesn’t look like rainbow-coloured, bloody hamburger meat.

People, humans, get injured during fights. They feel pain and accrue injuries that become compounded by degrees as the battle goes on. If you don’t have real world experience, you can borrow from other injuries you’ve had. Everybody’s had something. Extrapolate from that. In the words of Paul Bettany’s Chaucer character in the film A Knight’s Tale, “I’m a writer. I give the truth scope!”.  Even something as simple as the last time you stubbed your toe can give you something to build on.

Remember how that hurt? Made you stop dead in your tracks. Eyes watering while pain radiated all the way up your leg. You caught your breath and then as the shock passed you ended up dancing around howling, right? Use that shit. That’s one, single small blow to a non-critical body part. Imagine something hitting your face at the same velocity and how that moment feels.

Noses break, rings on fists tear skin and draw blood, repeated blows in the same spot cause contusions that grow more tender the more you pound on them. Bones fracture under pressure on them, joints give way and pop apart, blood runs from the smallest cut. Use critical thinking during fight scenes to create the colour commentary that goes along with the result of every blow to up the realism.

Dialogue – there’s no time for chit-chat

In a real fight, there isn’t a lot of talking. There’s no time between blows beyond maybe some cursing or hurled insults. Mostly grunting. Even during pauses, as opponents tire, they’re going to be winded. None of them will have the energy or inclination to do any monologuing.

If you want your combatants to talk, you’ll need to build-in natural breaks in the action. And ensure they don’t defy logic. Running and hiding behind pieces of cover can give some time for shouted discourse. Changing locations can break up the flow of the action, slow it down enough there could be a little dialogue before the action picks up again. This helps create the ebb and flow of action that goes into good storytelling.

Using combatants’ actions to speak for them has great entertainment value as well as adding energy that moves a scene forward. Remember, a fight that doesn’t add to the story has no value. A fight with no purpose, not even for character illustration, is dead weight no matter how cool it is or how snappy the dialogue.

Most real people aren’t trained fighters. They’re not about to pick up an assault rifle in the middle of a fight and suddenly know how to field strip it in thirteen seconds (fyi, that’s considered an excellent time to break down a Russian-made AK-47). They don’t know how to handle a sword and would leave themselves open to a lethal blow in the first two seconds. But that’s okay. You don’t know either, so you can speak from your personal perspective to add more realism.

Put yourself in your character’s head. What’s available in that scene to throw at your opponent? Are there doors to close to keep them away? Does the scene need to stay in that location or can you take it on the road?

Because in the real world? The best defence is running away. Seriously, why would you stand there and let the other guy pound on you, man? Unless your character is a psychopath, they’re not going to want to stick around. Fighting is the last resort. Real people move away from danger – toward safety, to cover, in the direction of other people who can help them. We know there’s safety in numbers.

In the other situation, where your character is an excellent fighter with lots of experience, but you aren’t, don’t focus on the technical details. It’s hard to pull that off and you don’t want to show your lack of expertise. Do some studying, incorporate what injuries they’re going to accrue and make it realistic, understand the weapons they use, but use this for flavour only.

Instead, the description of your fight scenes can be creative and emotional and more like music. Pull the audience into the internal drama that’s going on in reflection of the violence. You have emotions, you know what those feel like, so you can use the crap out of that. This approach can produce just as intense tension and in some cases more and is a great approach when you’re not confident in the technical aspects.

Write fight scenes that hit readers in the guts

Most modern city-dwellers haven’t had a first-hand opportunity to stand in the middle of a battlefield unless we’ve served in the military or live in a place where a battle has spilled into our lives. Without that experience, it’s easy to forget there’s more going on there than only the fighting. But it’s important to describe to put the reader at your shoulder, standing right there with you in the middle of the mud and the blood and the carnage. It’s part of the ambiance.

Take the reader on a sense memory trip they’ll never forget. When people fight, they’re working hard so sweating and that sweat is scented with their fear or adrenalin or rage. Spilled blood adds a coppery flavour to the air. And it’s slippery and can throw off footing or affect a grip on weapons or someone’s body when you try to grab them.

Not everyone is the intrepid hero and terror can make people piss themselves in the middle of a fight. You have horses on your battlefield? Those animals are sweating and shitting and pissing all over the place, too.

How about a gunfight? There’s going to be the smell of fired guns in the air. Depending on the time your story is set, be careful with your description, though. Do your research. Further back in history, blackpower was used everywhere and the impurities in it during older times gave it a hefty sulphur smell. Between the late 1800s and the end of the Second World War, unless your character uses an older weapon that still takes blackpower, the propellant is cordite. In a modern gunfight, that musty fired gun smell is from nitroglycerin and has an acrid bite.

Think about what your fight or battle sounds like. What do these people have with them or are stepping on or smashing into? Armour clinks and leather creaks and wood thunks and resonates down low when hit with heavy blunt objects like a body slamming into it. Wagons creak and car doors slam and chain link fences make a lyrical clanging.

People scream and moan and cry. Bare fists hitting solid body parts is a meaty, dull thud that produces no resonance. Horse hooves clomp against the earth and can shake the ground. Small arms fired singly pop while a small arms firefight sounds like fireworks at a distance. A single musket shot in the quiet sounds like an explosion that trails off in rippling waves.

Don’t forget birds crying in the background, thunder rumbling or wind driving past everyone’s ears. In a modern story, it’s not unreasonable to have cell phones going off while in a period piece, a messenger calling out someone’s name wouldn’t be out of place.

And wounds, let’s not forget those. A decent sword wound through an abdomen leaves an avenue for intestines to slide out into the daylight. Or can open up someone’s bowels and that stench gets into the air along with everything else. Pieces of hacked off body parts and tissue fly around and get trampled under foot. Body fluids of all kinds spray or run. Brains and bits of bone spatter against maces and stick to other people.

And death isn’t pretty like it is in the movies. Human beings puke and hack up blood and loose their bowels in death and all the sights and smells that go along with that are added into the mix.

Description is the key. If you can be present in the moment of your fight scenes, feel it, smell it, hear it, then your reader will be there, too. Writers have a knack for becoming 48-hour experts in anything, so here’s your time to shine. With enough research, you should be able to inject enough detail to add legitimacy and then your colour commentary woven around a lyrical emotional journey can take care of the rest.

Put that all together? And you’ve got yourself one hell of a fight scene that’ll pump up your story and get your readers’ hearts racing.